So, innuendo laden title aside, this follows on from the special Tyranid game we here in the Warbasterds played a week or so ago. During that game, each side had a “Desperate Measure” table that could be rolled on at any time with random effects. As an idea, it went down so well that I started thinking about expanding it to the other armies fielded by the gents. The result was the following:

Tactical Genius Tables – Each player gets one roll per game on the table applicable to their army. The roll can be made at any time, including during the opposing players turn. 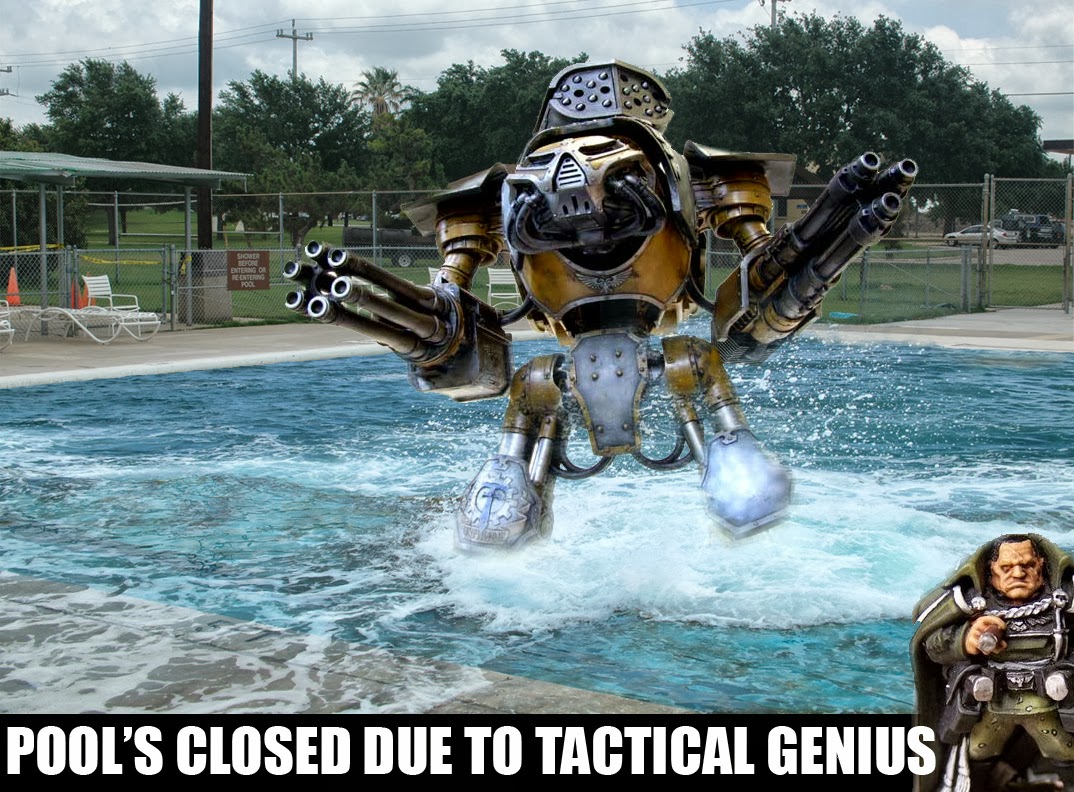 Please feel free to give them a try in your own games and let me know how you feel about them. If you want to make your own suggestions for the factions I’ve missed off, go for it ☺