Kitbash Corner: An Interview With Migsula

Today it’s a privilege to speak with one of my personal hobby inspirations Migsula.

Putting aside my massive fan-boying, he’s been pretty active in the hobby for a long time, I remember following the progress of his true scale marine project years ago and have stalked him around the internet since.

Migsula goes from strength to strength, always producing very ‘art’ and story driven projects. His latest being a spectacularly converted Alpha Legion army which he chronicles over at his blog Legion of Plastic.

Ok now down to it.

What’s your favourite model you’ve created? Honourable mentions are fine, but if you had to pick one?

It boils down to my first Alpharius, for the sheer impact and kick starting the madness that has followed and Inquisitor Alban Silas, who’s first paint job was an utter failure, and then a sudden rush to push on totally revolutionized the whole model and enabled a group of miniatures that seem to capture something very essential to the Warhammer Universe. To pick one, I will say Silas. His eyes really look sick. And the balance between enough technical show off and raw texture was ground breaking for me. 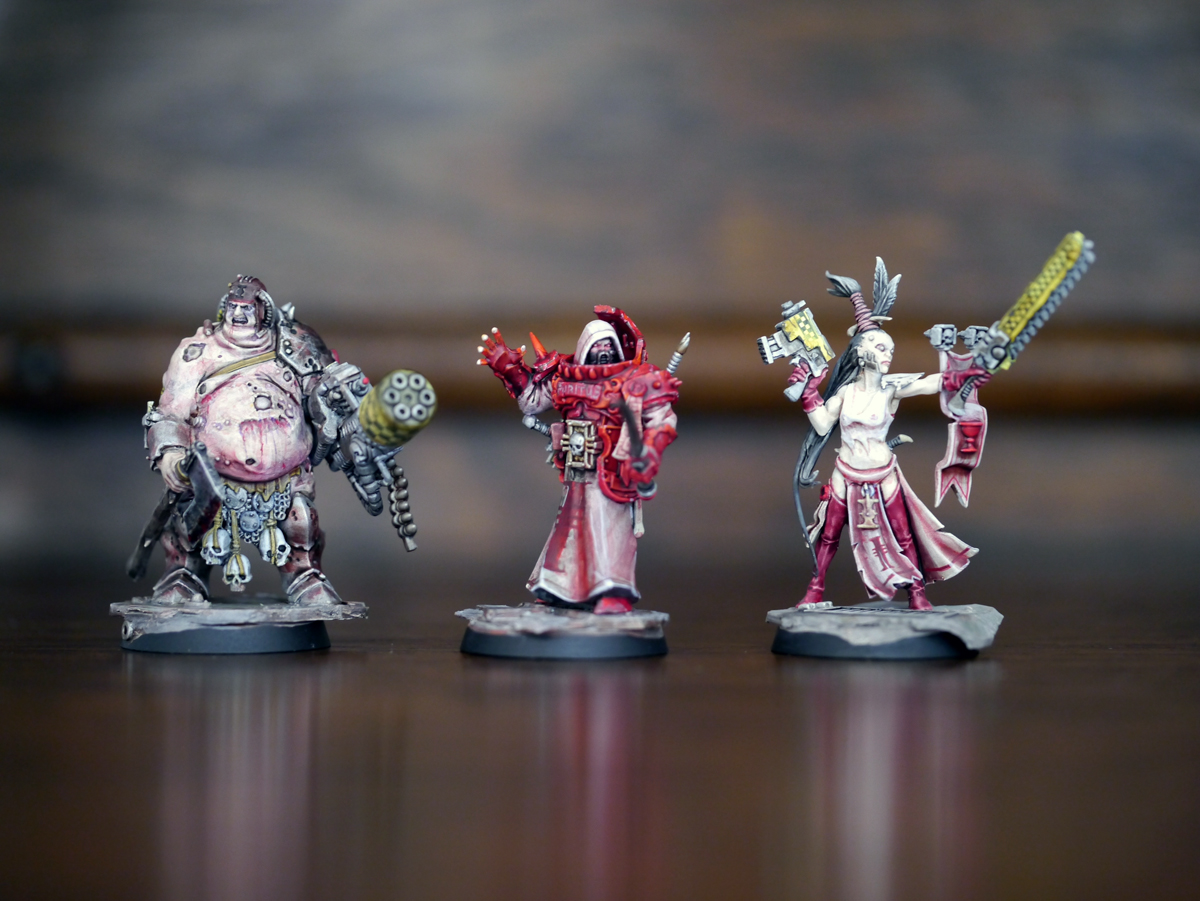 Where do you draw your inspiration from? 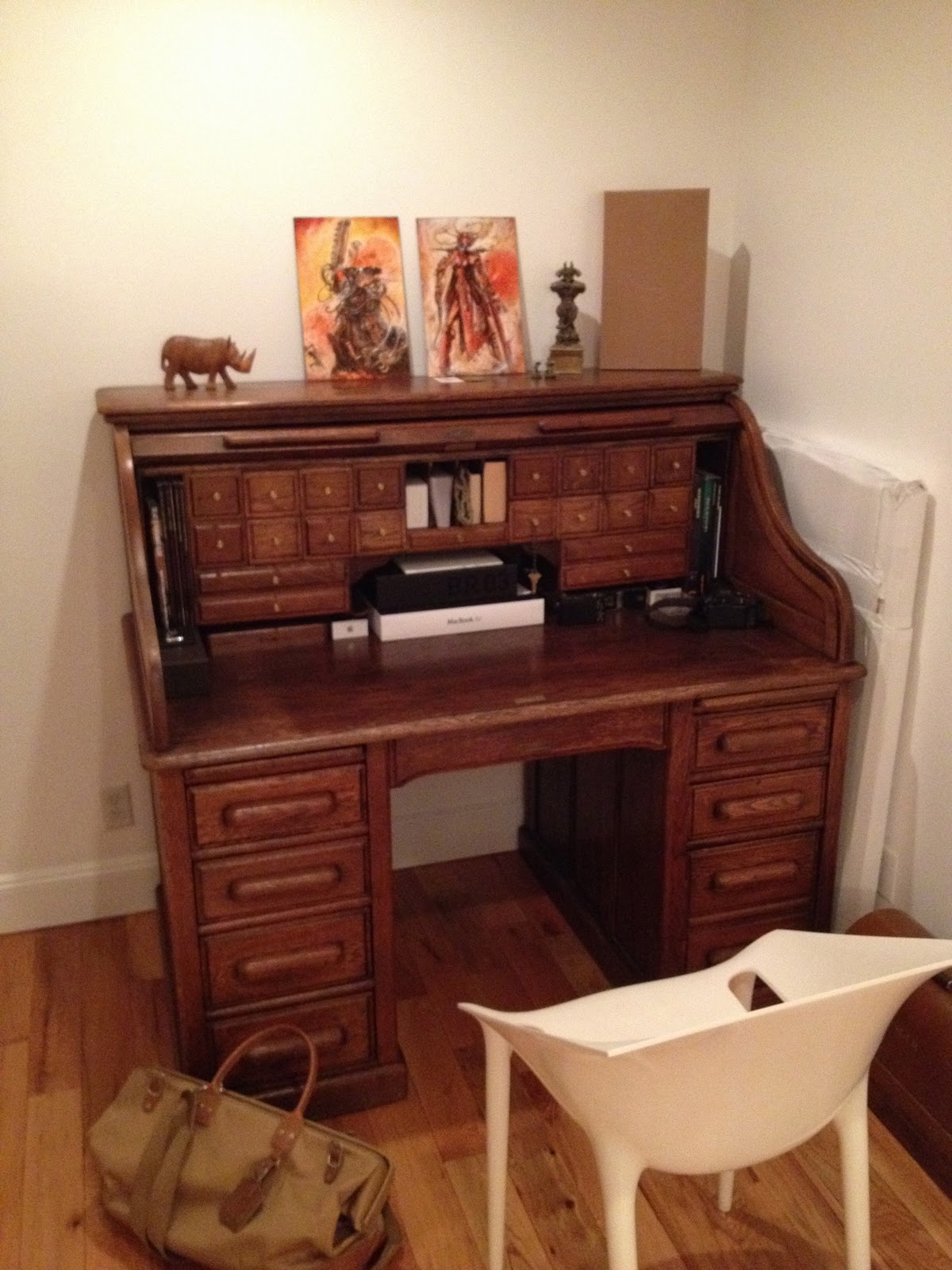 Everywhere and from everyone I work and play with. People inspire me. My wooden draw top desk inspires me. A lot of incredibly mundane things inspire me. Writing about the characters inspires me greatly. I have a good group of modeler friends who inspire me a lot. Often to do something very different than what they do. I’m fascinated by very talented people being so set in their habits and styles. To me it’s the ultimate kick to just decide to change some important way of doing and try to find something better.

You clearly spend a lot of time on the painting and modelling aspects of the hobby. Do you play any of the bigger games? 40k etc?

Yes, although I have only managed a single game of sixth and sounds like the seventh edition is upon us in record time that may have been two games, the first and last game of sixth. I’m going to attend a tournament in August after a long brake to competitive gaming. Really looking forward to some more gaming in the future.

When I first discovered you, I think it was around the time you were working on your Crescent Guard marines, and your Rosethorn Golden Daemon entry. You seemed to run a lot more armies then, did you make a conscious effort to downsize/focus on projects?

Not at all. Life just has been intensifying together with the projects getting crazier and crazier. One could probably build a 40k army in the time it took to build one of the Inquisitor Trilogy groups, such as Silas and crew. By the way, I need to confess I’ve yet to even show the final two members of that team. I would also say that the XX Legion is really three armies in the making. The Legion Inquisition army, a Mechanicus army and an Imperial Guard army.

Crescent guard was the first mad project I did. I’d done complex and well thought out armies before, but then to decide to biggerize every marine and scout was a new level. But it was very sterile and quite boring in comparison. I then worked on the TWAR, a mechanical army of massive robot samurai that used Tyranid rules. It was very very liberating and new to me, but played with themes not very central to the Warhammer 40K mythos.

Have you ever dabbled with Warhammer Fantasy? If not why not?

I have. Used to have a Wood Elf army and am loving the new models. But it’s simple, Wraith Knights and shuriken weapons are way cooler than Treemen and bows. I’ve always loved technology. It’s a massive part of modern life and my professional life and letting rip in a universe that has this dogmatic, religious relationship to marvels they can no longer reproduce is great fun.

Have you got any dream projects you want to tackle, that you haven’t been able to? Be it because of cost, rarity of bits or lack of time?

Many. Lack of time being the only real and major obstacle. I would love to do both Eldar and Orks – the two polar opposites. Eldar because I love the aesthetic and the story and Orks, because I love to just build stuff. I think I will do Eldar next. Maybe next year. But only if I can do a really new look that fits. Something that has impact and deserves to be done.

Many, but most importantly, those who work harder do better than those who work less hard. So pick something you love to do and dedicate your self to it and it will be incredible rewarding. Applies to work, hobbies, relationships.

Any particular projects you’d like to mention, or any shout outs?

This would be a very long list, but trying to keep it short, I would like to say my old buddy “Col Hammer” from whom I learned how to do crazy conversions. We met 15 years ago and his stuff was unlike nothing I’d ever seen before. He has created among other things an insane Hrud army, and about a dozen other cool armies, most of which never got painted, nor widely published. He was one of the players in our original “Jade Vessel” Inquisitor meets Necromunda campaign that has since inspired a generation of fantastic Inquisitor themed modeling and gaming.

I should also mention Dan Abnett and the Eisenhorn trilogy and JB & Gav with the Inquisitor Rulebook, for those two books changed everything for me.

A massive thanks to Migsula for taking the time to answer my questions!